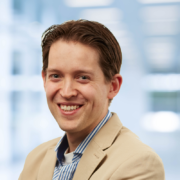 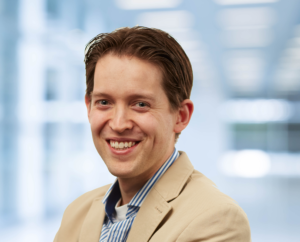 We have some exciting news to share! Our current CTO, Sven van Haver will take on the role of CEO. Sven takes over from Erik Zoutman, who has been acting CEO for the past 2 years.

Sven was formerly responsible for Orbital Eye’s R&D and product roadmaps. He helped the company evolve from a promising start-up to a fast-growing scale-up and is considered the top candidate to lead Orbital Eye through the next exciting phases ahead. With Sven taking the lead of the company we are both assured of a continued strong position as technology leaders in the earth observation-based asset monitoring domain, as well as an increased focus on targeting new market segments.  As one of the co-founders, Erik Zoutman will stay involved with the company as a member of the advisory board.

Sven holds a PhD in Applied Physics from the Delft University of Technology and has a strong background in electromagnetism, scattering and diffraction theory. He started his career in the semiconductor industry at S&T, the mother company of Orbital Eye. In 2015 he got involved with Orbital Eye, and played an important role the development of our key technology to detect relevant activities on the earth’s surface. In 2017 he officially joined Orbital Eye as CTO, where he continued to improve this technology and led the team to develop our current flagship solution CoSMiC-EYE.

We wish Sven all the best in his new role and look forward to the many successes we expect to celebrate together.